As the fifth season premiere of Game of Thrones inched towards its Sunday debut, we wondered whether HBO could withstand so many fans rushing its Internet doors. Major GoT airings have made the HBO Go service falter in the past, and this time, the company’s spanking-new HBO Now offering would have to withstand a whole slew of “Thronies.” As it turns out, HBO’s servers held up just fine, but something else sprung a leak. Before the fifth season’s first episode officially aired in the United States, it had already leaked online—along with a few more episodes. The season’s  first four episodes appeared on torrent sites  late Saturday night, and they all appeared to have been sourced from DVD “screener” copies that had been sent to critics ahead of the season premiere. We’re used to TV episodes popping up on torrent sites as soon as they air; it doesn’t take much more than a capture card, a modern PC, and a decent broadband connection to nab some sweet Internet notoriety. But we were dumbstruck by the mess HBO found itself in. It’s 2015. What the heck were they doing? Read 14 remaining paragraphs | Comments

Read More:
How the heck did so much Game of Thrones leak in 2015? 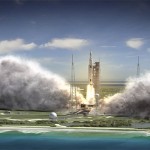 NASA gives the go-ahead to a rocket designed for deep space...