An anonymous reader writes “Investment firm Knight Capital made headlines in 2012 for losing over $400 million on the New York Stock Exchange because of problems with their algorithmic trading software. Now, the owner of a Python programming blog noticed the release of a detailed SEC report into exactly what went wrong (PDF). It shows how a botched update rollout combined with useless or nonexistent process guidelines cost the company over $172, 000 a second for over 45 minutes. From the report: ‘When Knight used the Power Peg code previously, as child orders were executed, a cumulative quantity function counted the number of shares of the parent order that had been executed. This feature instructed the code to stop routing child orders after the parent order had been filled completely. In 2003, Knight ceased using the Power Peg functionality. In 2005, Knight moved the tracking of cumulative shares function in the Power Peg code to an earlier point in the SMARS code sequence. Knight did not retest the Power Peg code after moving the cumulative quantity function to determine whether Power Peg would still function correctly if called. … During the deployment of the new code, however, one of Knight’s technicians did not copy the new code to one of the eight SMARS computer servers. Knight did not have a second technician review this deployment and no one at Knight realized that the Power Peg code had not been removed from the eighth server, nor the new RLP code added. Knight had no written procedures that required such a review.'” Read more of this story at Slashdot. 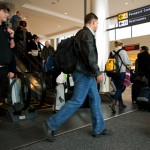