An anonymous reader writes: As Microsoft prepares for the launch of Windows 10, review sites have been performing all sorts of benchmarks on the tech preview to evaluate how well the operating system will run. But now a computer science student named Alex King has made the most logical performance evaluation of all: testing Windows 10’s performance on a 2015 MacBook. He says, “Here’s the real kicker: it’s fast. It’s smooth. It renders at 60FPS unless you have a lot going on. It’s unequivocally better than performance on OS X, further leading me to believe that Apple really needs to overhaul how animations are done. Even when I turn Transparency off in OS X, Mission Control isn’t completely smooth. Here, even after some Aero Glass transparency has been added in, everything is smooth. It’s remarkable, and it makes me believe in the 12-inch MacBook more than ever before. So maybe it’s ironic that in some regards, the new MacBook runs Windows 10 (a prerelease version, at that) better than it runs OS X.” Read more of this story at Slashdot.

Read the article:
How Windows 10 Performs On a 12-inch MacBook 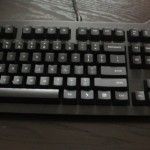 The Das Keyboard 4 Is The Hacker’s Choice