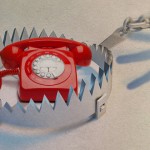 Aurich Lawson Three weeks ago, Jack Friedman got a call from a man with an Indian accent claiming to be from the Windows technical team at Microsoft. Friedman, a Florida resident who is my friend Elliot’s grandfather, was told by “Nathan James” from Windows that he needed to renew his software protection license to keep his computer running smoothly. “He said I had a problem with my Microsoft system,” Friedman told me. “He said they had a deal for $99, they would straighten out my computer and it will be like brand new.” Friedman’s three-year-old Windows Vista computer was running a bit slow, as many PCs do. Friedman is often suspicious of unsolicited calls, but after talking with Nathan on the phone and exchanging e-mails, he says, “I figured he was a legitimate guy.” Friedman handed over his Capital One credit card number, and the “technician” used remote PC support software to root around his computer for a while, supposedly fixing whatever was wrong with it. “I could see my arrow going all over the place and clicking different things on my computer,” Friedman said. But that $99 Capital One credit card charge turned into a $495 wire transfer. Then Bank of America’s fraud department called Friedman, and said, “somebody is trying to get into your account.” Whoever it was had entered the wrong password multiple times, and as a precaution Friedman’s checking account was shut down. Read 35 remaining paragraphs | Comments

More:
How Windows tech support scammers walked right into a trap set by the feds

StarCraft Is Now Free, Nearly 20 Years After Its Release