On his blog, Bunnie Huang — legendary hardware hacker turned entrepreneur — has begun a four-part series explaining how to have electronics manufactured in south China. This post focuses on the BOM — the Bill of Materials — where “Every single assumption, down to the color of the soldermask, has to be spelled out unambiguously for a third party to faithfully reproduce a design.” Designers often think using abbreviated part numbers. A great example of this is the 7404. The venerable 7404 is a hex inverter, and has been in service for decades. Because of its ubiquity, the term “7404” can be used as a generic term for an inverter. However, when going to production, things like the package type, manufacturer and logic family must be specified. A complete part number might be 74VHCT04AMTC, which specifies an inverter made by Fairchild Semiconductor, from the “VHCT” series, in a TSSOP package, shipped in tubes. The extra characters are very important, because small variations can lead to big problems, such as quoting and ordering the wrong packaged device (and subsequently being stuck with a reel of unusable parts), or subtle reliability problems. In fact, I encountered a problem once due to a mistaken substitution of a “VHC” for the “VHCT” logic family part. This switched the input thresholds of the inverter from TTL to CMOS logic-compatible, and resulted in some units having an asymmetric response to input signals. Fortunately, I caught this problem before production ramped, avoiding a whole lot of potential rework or worse yet, returns. Here’s another example of how missing a couple of characters can cost thousands of dollars. A fully specified part number for the LM3670 switching regulator might be LM3670MFX-3.3/NOPB. Significantly, if the /NOPB is omitted, the part number is still valid and orderable – but for a version that uses leaded solder. This could be disastrous for products exporting to a region, such as the EU, that requires RoHS compliance (meaning lead-free, among other things). A more subtle issue is the “X” in the part number. Part numbers with an “X” come with 3,000 pieces to a reel, and ones lacking an “X” come in 1,000 pieces to a reel. While many factories will question the /NOPB omission (since factories typically assemble RoHS documentation as they purchase parts), they will rarely flag the reel quantity as an issue. However, you care about the reel quantity because if you only wanted 1,000 pieces, including the X in the part number means you’ll be paying for 2,000 extra pieces you don’t need. Or, if you’re doing a much larger production run and you omit the X, you could be paying a premium for shipping three times the volume of reels for the same purchase quantity. Either way, the factory will quote the part exactly as specified, and you could be missing out on a cost savings if you’re not paying attention to the reel quantities. The series comes out of Bunnie’s prep for a China tour he’s giving to some MIT Media Lab students later this month. The Factory Floor, Part 1 of 4: The Quotation (or, How to Make a BOM)

Read More:
HOWTO get stuff made in China 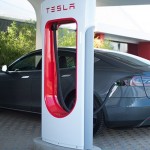