OffTheLip (636691) writes “According to a Customer Advisory released by HP and reported on by the Channel Register website , a recently released firmware update for the ubiquitous HP Proliant server line could disable the network capability of affected systems. Broadcom NICs in G2-G7 servers are identified as potentially vulnerable. The release date for the firmware was April 18 so expect the number of systems affected to go up. HP has not released the number of systems vulnerable to the update.” Read more of this story at Slashdot.

Micro Tug Robots Can Pull Objects 2,000 Times Their Own Weight 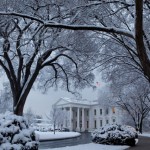