HP has just revealed a lot more information about the 3D printing technology it teased dramatically a few months ago. Called “Multi Jet Fusion, ” the company wants nothing less than to “change entire industries” with the tech. In case you forgot, the original goal was to make 3D printers build objects at higher resolution and much, much faster, speeds. If the claims we heard today are true, Multi Jet Fusion looks mighty impressive. Essentially, it’ll print 3D parts in a similar way that an inkjet printer produces documents. The system uses a four-step procedure in which the “ink” is applied to a material coating, then heated and fused to build up layers (see below). HP said that products like gears could be produced at least ten times faster than using conventional manufacturing techniques. It demonstrated one 3D printed product strong enough to pick up a car, and showed another part for the 3D printer, that was itself printed by the 3D printer. The company also said that it’ll print colors far more accurately than any 3D printer has yet, and showed several sample thingamajigs to prove it. HP’s VP dad-joked that it wasn’t a very good business idea, because someone could buy a single printer and print all the printers they’d need. It developed a prototype model (shown at the top), but for now, it’ll be strictly aimed at manufacturing businesses. Obviously, there’s no word yet on pricing or whether you’ll be able to start manufacturing widgets at home. Filed under: HP Comments 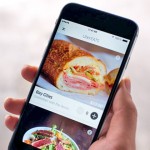