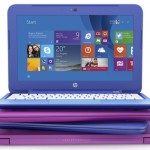 Contrary to earlier rumors, HP’s Chromebook-like Stream 14 turned out to be more expensive than people had hoped for when it was announced a few weeks ago. Having said that, today HP is finally introducing its $199 laptop with Windows, staying in line with what a company representative had told us before in regards to the Stream line expanding beyond the 14-inch machine. But there’s more, since HP’s new, budget-friendly , 11.6-inch laptop isn’t the only fresh announcement. There’s a 13.3-inch model as well, priced at $230, which, along with the $199 Stream, features an Intel Celeron processor and 32GB of flash storage. In addition to this pair of notebooks, HP is also introducing two Windows 8.1 tablets: the HP Stream 7 and HP Stream 8. If the moniker for each didn’t give it away, they are 7- and 8-inch slates, respectively, with the former costing a mere $99 and the latter going for $149. Unfortunately, HP isn’t sharing many more details (like other specs) at the moment. We do know, however, that the company hopes to lure in customers by including a bit of free mobile data every month and access to Microsoft’s Office 365 Personal productivity suite, which is definitely a nice bonus. All devices announced are expected to be available in the US by the beginning of November. In the meantime, stay tuned — we’ll be adding hands-on photos and additional info shortly. Filed under: Laptops , Tablets , HP Comments