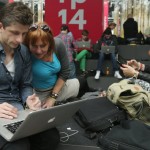 Don’t look now, but the speedy WiFi router you just bought may already be old hat. Huawei has tested WiFi based on a future standard (802.11ax) that can hit 10.5Gbps — about 10 times faster than what you typically get out of an 802.11ac connection today. The trick, the company says, is making more efficient use of the airwaves. The new technology is smarter at allocating wireless spectrum, juggling data between multiple antennas and cutting back on interference. Huawei doesn’t even have to switch to ultra-high frequencies to make the magic happen; its approach works on the same 5GHz band that many WiFi networks already use. You’re still a long way from picking up a 10-gigabit router at the local electronics shop. Huawei estimates that super-fast routers might not hit the market until 2018, and that’s assuming that both the 802.11ax standard and matching chipsets are ready. Don’t despair at being stuck with “only” single-gigabit wireless for four years, though. An updated 802.11ac spec (802.11ac-2013) is expected to launch in 2015 with 7Gbps speeds, so you’ll soon have plenty of bandwidth to spare. [Image credit: Getty Images] Filed under: Wireless , Networking Comments Via: ISPreview , Slashdot Source: Huawei

Visit link:
Huawei’s WiFi is ten times faster than yours

A Database of Thousands of Credit Cards Was Left Exposed on... 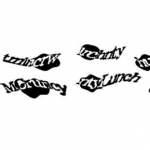 Google Street View Accidentally Made an Algorithm That Cracks CAPTCHAs

The 22 Most Misleading Viral Photos (Explained)