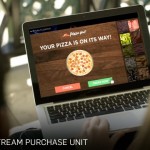 Free Hulu users will enjoy more full, ad-supported TV episodes this summer, and those ads will quite possibly force Pizza Hut pizza down their throats. Future app updates will add “extra cheese” as an option (we hope). This morning, Hulu CEO Mike Hopkins announced at a New York event that the streaming media service would begin offering select free content to mobile users “this summer.” Currently, Hulu requires a “Plus” subscription to watch its full-length TV and film content on anything other than a desktop Web browser, while non-paying app users are limited to brief video clips until they cough up $7.99 a month. Like Hulu’s free and paid content up until this point, the free-for-mobile summer content will remain advertising-backed. Though the free shows in question haven’t been announced, Hulu used the event to promote its next wave of internally produced programming, including new seasons of The Awesomes and Deadbeat , and it’s tempting to assume that the free mobile access will lean toward some of the only-on-Hulu selection. The move may very well have come in response to individual networks releasing more apps, particularly Comedy Central’s recent self-titled app that serves free, ad-supported episodes for all users (along with a deeper video selection after a user logs in with cable subscription information). Read 1 remaining paragraphs | Comments 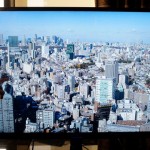