IBM Research’s prototype HCPVT system in Zurich. By borrowing cooling systems used in its supercomputers, IBM Research claims it can dramatically increase the overall efficiency of concentrated photovoltaic solar power from 30 to 80 percent. Like other concentrated photovoltaic (CPV) collectors, IBM’s system at its Zurich laboratory uses a mirrored parabolic dish to concentrate incoming solar radiation onto PV cells. The dish uses a tracking system to move with the sun, concentrating the collected radiation by a factor of 2,000 onto a sensor containing triple-junction PV cells. During daylight hours, each 1-sq cm PV chip generates on average between 200 and 250 watts of electrical power, harnessing up to 30 percent of the incoming solar energy. Ordinarily, the remaining 70 percent of energy would be lost as heat. But by capturing most of that heat with water, IBM Research says it is able to reduce system heat losses to around 20 percent of the total incoming energy. This results in a bottom-line efficiency of 80 percent for its CPV collector, dubbed HCPVT for High Concentration Photovoltaic Thermal. Unlike a regular CPV system, HCPVT delivers its energy in two forms: electricity and hot water. Read 7 remaining paragraphs | Comments

Read the original post:
IBM’s solar tech is 80% efficient thanks to supercomputer know-how 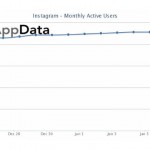