GenieGenieGenie writes “After all the talk of printed guns and the problems they pose to traditional methods of perimeter security, we get a live demo courtesy of some rather brave journalists from Israel’s Channel 10, who took the plastic weapon known as the Liberator past security into the Israeli parliament, and held it within meters of the Israeli prime minister Benjamin Netanyahu. I say brave because had they been caught pulling this stunt, which involved taking their toy out of the bag while sitting in the audience of a speech by the prime minister, they would have faced some real steel. Haaretz has the video (sorry, Hebrew only at the moment) [Google-translated version of the article — Ed.] where you can follow the breach (from ~6:30) and see them pass the metal detector and the moment when the gun comes out. The movie also shows some testing of the gun in a police-supervised weapons range. Parliament security officials said that ‘this is a new phenomenon and they are checking the subject to give it a professional solution as quickly as possible.’ I hope this doesn’t mean we will now officially face an era of ever more intruding security checks at entrances to events like this.” Would-be Liberator printers, take note: the testing shows the barrel violently separating from the rest of the gun. Read more of this story at Slashdot. 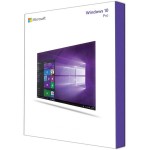