A major new patent bill, passed in a 117-4 vote by New Zealand’s Parliament after five years of debate, has banned software patents. The relevant clause of the patent  bill actually states that a computer program is “not an invention.” Some have suggested that was a way to get around the wording of the TRIPS intellectual property treaty which requires patents to be “available for any inventions, whether products or processes, in all fields of technology.” Processes will still be patentable if the computer program is merely a way of implementing a patentable process. But patent claims that cover computer programs “as such” will not be allowed. Read 5 remaining paragraphs | Comments 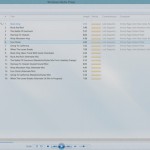