Enlarge / The inflatable lunar/Mars analog habitat, or ILMAH. (credit: Microbiome, 2017 ) For many Earthlings, our planet is teeming with airborne pollens, spores, and toxins that clog schnozes and turn windpipes wheezy. Sadly, jumping to space rocks may not help , a new NASA study suggests. In a 30-day simulation of living life on another planet, NASA researchers found that fungi followed artificial astronauts and set up their own colonies. Many of those small space explorers excel at surviving in extremely harsh conditions, such as those in the salty, acidic high-altitude soils of the Indian Himalaya or the radioactive remains at Chernobyl. And several of the fungi that piggybacked off-world in the simulation are associated with allergies and asthma indoors, the researchers report this week in the journal Microbiome . “The statement ‘wherever humans go, microbes hitchhike along with them’ is true for fungi also,” Kasthuri Venkateswaran, lead study author, told Ars. He works in the Biotechnology and Planetary Protection Group at NASA’s Jet Propulsion Laboratory. “At present, most of our studies have been conducted to know the dynamic changes regarding bacteria , not fungi,” he notes. “This is the first study that examined the fungal changes in a confined environment for at least 30 days of human habitation in isolation using molecular methods.” Read 7 remaining paragraphs | Comments

How a PhD Student Unlocked 1 Bitcoin Hidden In DNA 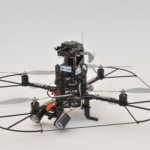