WheezyJoe (1168567) writes The E-Cat (or “Energy Catalyzer”) is an alleged cold fusion device that produces heat from a low-energy nuclear reaction where nickel and hydrogen fuse into copper. Previous reports have tended to suggest the technology is a hoax, and the inventor Andrea Rossi’s reluctance to share details of the device haven’t helped the situation. ExtremeTech now reports that “six (reputable) researchers from Italy and Sweden” have “observed a small E-Cat over 32 days, where it produced net energy of 1.5 megawatt-hours, “far more than can be obtained from any known chemical sources in the small reactor volume.”… “The researchers, analyzing the fuel before and after the 32-day burn, note that there is an isotope shift from a “natural” mix of Nickel-58/Nickel-60 to almost entirely Nickel-62 — a reaction that, the researchers say, cannot occur without nuclear reactions (i.e. fusion).” The paper (PDF) linked in the article concludes that the E-cat is “a device giving heat energy compatible with nuclear transformations, but it operates at low energy and gives neither nuclear radioactive waste nor emits radiation. From basic general knowledge in nuclear physics this should not be possible. Nevertheless we have to relate to the fact that the experimental results from our test show heat production beyond chemical burning, and that the E-Cat fuel undergoes nuclear transformations. It is certainly most unsatisfying that these results so far have no convincing theoretical explanation, but the experimental results cannot be dismissed or ignored just because of lack of theoretical understanding. Moreover, the E-Cat results are too conspicuous not to be followed up in detail. In addition, if proven sustainable in further tests the E-Cat invention has a large potential to become an important energy source.” The observers understandably hedge a bit, though: The researchers are very careful about not actually saying that cold fusion/LENR is the source of the E-Cat’s energy, instead merely saying that an “unknown reaction” is at work. In serious scientific circles, LENR is still a bit of a joke/taboo topic. The paper is actually somewhat comical in this regard: The researchers really try to work out how the E-Cat produces so much darn energy — and they conclude that fusion is the only answer — but then they reel it all back in by adding: “The reaction speculation above should only be considered as an example of reasoning and not a serious conjecture.” Read more of this story at Slashdot. 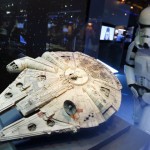