vasanth writes: “India has put into orbit five foreign satellites, including one built by France two from Canada and one each from Singapore and Germany. The PSLV (Polar Satellite Launch Vehicle) has so far successfully launched 67 satellites, including 40 foreign ones, into space. The PSLV costs about 17 million USD and the cost is seen as a major advantage India has over other countries in terms of commercial launches. When talking about the cost of the project, the Prime Minister of India noted that the launch was cheaper than Hollywood film Gravity. Read more of this story at Slashdot. 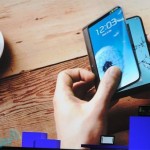 Samsung CEO promises to deliver devices with ‘folding displays’ in 2015