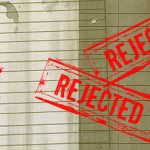 Sean MacEntee Infosys, an Indian IT software and services company with offices throughout the world, has been accused of discriminating against American job applicants. One Infosys employee who raised concerns about the company’s hiring practices was repeatedly called a “stupid American, ” the lawsuit states. Infosys has about 15, 000 employees in the US “and approximately 90 percent of these employees are of South Asian descent (including individuals of Indian, Nepalese, and Bangladeshi descent), ” the lawsuit states . Infosys allegedly achieved this ratio “by directly discriminating against individuals who are not of South Asian decent in hiring, by abusing the H-1B visa process to bring workers of South Asian descent into the country rather than hiring qualified individuals already in the United States, and by abusing the B-1 visa system to bring workers of South Asian descent into the United States to perform work not allowed by their visa status rather than hiring individuals already in the United States to perform the work.” Infosys “used B-1 visa holders because they could be paid considerably lower wages than other workers including American-born workers, ” the lawsuit states. Read 11 remaining paragraphs | Comments

View the original here:
Indian IT firm accused of discrimination against “stupid Americans” 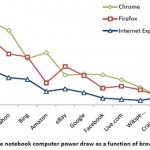