An anonymous reader writes: Kaspersky Lab performed a forensic investigation into cybercriminal attacks targeting multiple ATMs around the world. During the course of this investigation, researchers discovered the Tyupkin malware used to infect ATMs and allow attackers to remove money via direct manipulation, stealing millions of dollars. The criminals work in two stages. First, they gain physical access to the ATMs and insert a bootable CD to install the Tyupkin malware. After they reboot the system, the infected ATM is now under their control and the malware runs in an infinite loop waiting for a command. To make the scam harder to spot, the Tyupkin malware only accepts commands at specific times on Sunday and Monday nights. During those hours, the attackers are able to steal money from the infected machine. Read more of this story at Slashdot.

Continued here:
Infected ATMs Give Away Millions of Dollars Without Credit Cards 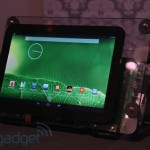