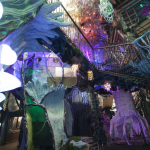 A view from the enchanted forest, showing all the stairs and crawl spaces that you can explore. (credit: Meow Wolf) SANTA FE, NM—The Meow Wolf art complex looks like a strip mall from another dimension. Located in downtown Santa Fe, its massive main building—a former bowling alley—is covered in zig-zagging lines of explosive color. The parking lot is dominated by towering metal sculptures of a spider and a robot. Its landlord is George RR Martin, author of the Game of Thrones series, and its tenants are a high-tech artist collective called Meow Wolf, known previously for building a full-scale spaceship that visitors could explore . On March 17, after nearly two years of construction, the Meow Wolf art complex opened its riotously painted doors and invited the public in to its first permanent exhibit, called The House of Eternal Return . Think of it as a walk-in science fiction novel built with milling machines, thermoplastic, and Arduinos. Or maybe it’s a cross between Disneyland and a massive, multiplayer, IRL game . Built by 135 artists and makers, the result is a 20,000-square-foot dreamworld where your goal is to figure out why an old Victorian house in Mendocino, California, has become ground zero for a rupture in space-time that’s allowing other dimensions to leak into ours. I took a tour of the Meow Wolf art complex in the final few days before it opened, when dozens of artists and fabricators were working around the clock to finish building what I can only describe as something I never imagined could exist. My tour guides were artist Lauren Oliver, whose magnificent space owl can be found in the dreamscape of Eternal Return, and technology project lead Corvas Brinkerhoff. They fitted me with a hard hat and took me into a building that was once a bowling alley. Now it’s another world. Read 27 remaining paragraphs | Comments

Read More:
Inside Meow Wolf, the amusement park for people who want a weirder Disneyland 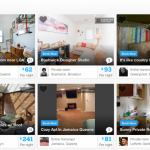 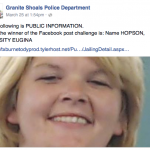 Texas cops joke on Facebook about Ebola-tainted meth and net one...