First time accepted submitter catparty (3600549) writes An examination of what we can know about Facebook’s new machine learning News Feed algorithm. From the article: “Facebook’s current News Feed algorithm might be smarter, but some of its core considerations don’t stray too far from the groundwork laid by EdgeRank, though thanks to machine learning, Facebook’s current algorithm has a better ear for ‘signals from you.’ Facebook confirmed to us that the new News Feed ranking algorithm does indeed take 100, 000 weighted variables into account to determine what we see. These factors help Facebook display an average 300 posts culled from roughly 1, 500 possible posts per day, per user.” Read more of this story at Slashdot.

Read more here:
Inside the Facebook Algorithm Most Users Don’t Even Know Exists 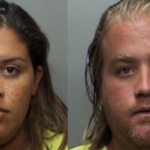