An anonymous reader quotes a report from CNBC: Instagram said Monday that it’s added another 100 million monthly users. That brings the photo-sharing app to 800 million monthly active users, up from 700 million in April, according to Carolyn Everson, vice president of global marketing solutions at Facebook, who spoke at an Advertising Week event in New York City. Five hundred million of those are daily active users, the company said. That means that Instagram is still ahead of rival Snap in terms of users, based on Snap’s last report. Snap said in August that it had 173 million daily active users. Time spent watching video on Instagram is up more than 80 percent year over year, the company also said on Monday, and four times as many videos are being produced every day on Instagram compared with a year ago. Read more of this story at Slashdot. 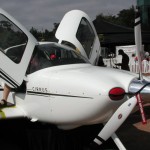 Pilots banned from acting like Uber drivers in the sky 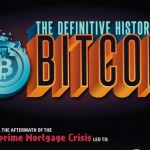 A Quick and Complete History of Bitcoin So You’re Not Totally...