MojoKid (1002251) writes “Last year, Intel launched two new processor families based on the Haswell and Ivy Bridge-E based Core i7 architecture. Both chips were just incremental updates over their predecessors. Haswell may have delivered impressive gains in mobile, but it failed to impress on the desktop where it was only slightly faster than the chip it replaced. Enthusiasts weren’t terribly excited about either core but Intel is hoping its new Devil’s Canyon CPU, which launches today, will change that. The new chip is the Core i7-4790K and it packs several new features that should appeal to the enthusiast and overclocking markets. First, Intel has changed the thermal interface material from the paste it used in the last generation over to a new Next Generation Polymer Thermal Interface Material, or as Intel calls it, “NGPTIM.” Moving Haswell’s voltage regulator on-die proved to be a significant problem for overclockers since it caused dramatic heat buildup that was only exacerbated by higher clock speeds. Overclockers reported that removing Haswell’s lid could boost clock speeds by several hundred MHz. The other tweak to the Haswell core is a great many additional capacitors, which have been integrated to smooth power delivery at higher currents. This new chip gives Haswell a nice lift. If the overclocking headroom delivers on top of that, enthusiasts might be able to hit 4.7-4.8GHz on standard cooling.” Read more of this story at Slashdot. 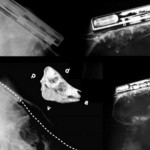