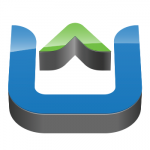 We’re apparently not the only ones who forgot AppUp was a thing—the store closes in March. Intel Intel’s AppUp store for Windows apps has been around since January of 2010, though you could be forgiven for forgetting about it. Intel apparently wants to forget, too: the company announced today that the AppUp store will be closing its doors on March 11, 2014, “after which no new content or apps will be available for download.” An extensive FAQ about the closing covers most of the important facts. E-mail support for AppUp apps will be available until June 15, 2014. The AppUp client application and some apps will continue to function after the store closes, but  many applications “require communication with the AppUp client and may not work after May 15, 2014.” Apps purchased through AppUp will no longer receive updates once the store closes, nor will Intel be able to send product keys for keyed apps after March 11. If you want to download the AppUp client and install it now, you’ll either need to find it from another download source or contact Intel customer service. Intel is offering refunds for some paid apps here , but that page isn’t yet functional, and it’s not clear what criteria a purchase will need to meet to be eligible for a refund. Refunds will only be available between now and December 19, 2014. Read 1 remaining paragraphs | Comments