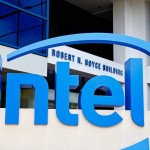 Intel has been planning to make its Ireland base one of three global manufacturing sites for its 14nm chips since May last year , and its now been given the okay by Ireland’s lead planning agency. The new $4 billion plant will create around 4,300 jobs for the region in Co. Kildare, where Intel already has around 4,000 on staff. The two-year plan involves redeveloping its existing operation, expanding and shifting to make its smaller, more efficient 14nm process. Intel’s plans don’t stop there, however. It still plans to roll out 10nm products sometime in 2015. Filed under: Desktops , Misc , Laptops , Intel Comments Via: Silicon Republic Source: Pleanala

More:
Intel gets go-ahead for $4 billion chip plant in Ireland, will produce its next-gen 14nm processors