An anonymous reader writes “Intel’s open-source Linux graphics driver is now running neck-and-neck with the Windows 8.1 driver for OpenGL performance between the competing platforms when using the latest drivers for each platform. The NVIDIA driver has long been able to run at similar speeds between Windows and Linux given the common code-base, but the Intel Linux driver is completely separate from their Windows driver due to being open-source and complying with the Linux DRM and Mesa infrastructure. The Intel Linux driver is still trailing the Windows OpenGL driver in supporting OpenGL4.” Read more of this story at Slashdot. 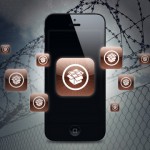 The Best Jailbreak Apps and Tweaks for iOS 6