An anonymous reader writes “Intel shipped open-source Broadwell graphics driver support for Linux this weekend. While building upon the existing Intel Linux GPU driver, the kernel driver changes are significant in size for Broadwell. Code comments from Intel indicate that these processors shipping in 2014 will have “some of the biggest changes we’ve seen on the execution and memory management side of the GPU” and “dwarf any other silicon iteration during my tenure, and certainly can compete with the likes of the gen3-> gen4 changes.” Come next year, Intel may now be able to better take on AMD and NVIDIA discrete graphics solutions.” Read more of this story at Slashdot. 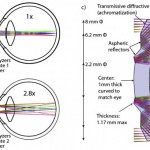