Enlarge (credit: Intel ) Remote management features that have shipped with Intel processors for almost a decade contain a critical flaw that gives attackers full control over the computers that run on vulnerable networks. That’s according to an an advisory published Monday afternoon by Intel. Intel has released a patch for the vulnerability, which resides in the chipmaker’s Active Management Technology, Intel Small Business Technology, and Intel Standard Manageability. Business customers who buy computers running vPro processors use those services to remotely administer large fleets of computers. The bug doesn’t affect chips running on consumer PCs. The chipmaker has rated the vulnerability critical and is recommending vulnerable customers install a firmware patch. In the company’s Monday post, Intel officials wrote: Read 6 remaining paragraphs | Comments 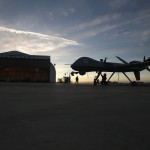 US builds a $100 million African drone base to fight Boko...