MojoKid writes “Kirk Skaugen, Senior Vice President and General Manager of the PC Client Group at Intel, while on stage, at IDF this week snuck in some additional information about Broadwell, the 14nm follow up to Haswell that was mentioned during Brian Krzanich’s opening day keynote. In a quick demo, Kirk showed a couple of systems running the Cinebench multi-threaded benchmark side-by-side. One of the systems featured a Haswell-Y processor, the other a Broadwell-Y. The benchmark results weren’t revealed, but during the Cinebench run, power was being monitored on both systems and it showed the Broadwell-Y rig consuming roughly 30% less power than Haswell-Y and running fully loaded at under 5 watts. Without knowing clocks and performance levels, we can’t draw many conclusion from the power numbers shown, but they do hint at Broadwell-Y’s relative health, even at this early stage of the game.” Read more of this story at Slashdot. 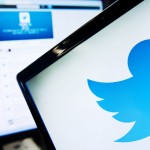