Enlarge Intel’s eighth-generation Core CPUs, codenamed Coffee Lake, will launch in the second half of 2017—far earlier than the 2018 launch period suggested by supposed product roadmaps leaked last year. At its Investor Day event last week, Intel confirmed that its 8th-gen chips will once again be based on a 14nm process, much like Broadwell , Skylake , and Kaby Lake  before it. The first Broadwell chips were released way back in 2014. Intel officially  abandoned its previous “Tick-Tock” strategy—with each “tick” representing a die shrink and each “tock” representing a new microarchitecture—in early 2016, and instead promised a three-phase model of Process, Architecture, Optimization. But now, with Coffee Lake, it seems Intel might have abandoned that new model, too. Technically, Kaby Lake is the “Optimization” to the “Architecture” of Skylake and the “Process” of Broadwell, which makes the early launch of Coffee Lake on 14nm something of an anomaly. Read 8 remaining paragraphs | Comments 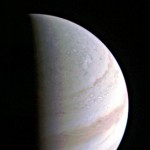 On Saturday Juno flew to within 4,200km of Jupiter—and survived

The World’s First Handheld DNA Sequencer Is a Genetics Lab In...