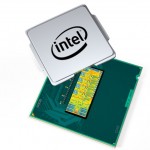 Intel’s next-generation CPUs will arrive slightly later than expected. Intel During the company’s third quarter earnings call yesterday, CEO Brian Krzanich announced that production of Intel’s next-generation Broadwell CPUs would be delayed slightly due to manufacturing issues. CNET reports that a “defect density issue” in the new 14nm manufacturing process was causing lower-than-expected yields, and that Intel’s first round of fixes didn’t improve the yields by the expected amount. Krzanich expressed “confidence” that the issue had been fixed and that it was just a “small blip in the schedule,” and that the CPUs would begin mass production in the first quarter of 2014 rather than the fourth quarter of 2013 as expected. Broadwell’s successor, codenamed Skylake and due in 2015, will apparently not be affected by the delay. Broadwell is a “tick” on Intel’s CPU roadmap, a refined version of the current Haswell architecture built on a new manufacturing process. Intel typically doesn’t introduce a new architecture and a new manufacturing process simultaneously to reduce the likelihood and severity of manufacturing issues like these. Even with the delay, Intel will still be producing 14nm chips while most of its chipmaking competitors (including TSMC and Samsung) are rolling out their 20nm processes. Intel hasn’t gone into much detail on what Broadwell will bring to the table, but smart money says that it will further reduce power usage over Haswell while also increasing CPU and integrated GPU performance incrementally. The company announced at its Intel Developer Forum this year that it was seeing a ” 30 percent power improvement ” over Haswell in early production samples, a number which may stand to improve as the process matures and yields get better. Read 1 remaining paragraphs | Comments 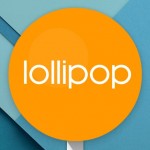