New submitter janoc (699997) writes about a backdoor that was fixed only not “Eloi Vanderbeken from Synacktiv has identified an intentional backdoor in a module by Sercomm used by major router manufacturers (Cisco, Linksys, Netgear, etc.). The backdoor was ostensibly fixed — by obfuscating it and making it harder to access. The original report (PDF). And yeah, there is an exploit available …” Rather than actually closing the backdoor, they just altered it so that the service was not enabled until you knocked the portal with a specially crafted Ethernet packet. Quoting Ars Technica: “The nature of the change, which leverages the same code as was used in the old firmware to provide administrative access over the concealed port, suggests that the backdoor is an intentional feature of the firmware … Because of the format of the packets—raw Ethernet packets, not Internet Protocol packets—they would need to be sent from within the local wireless LAN, or from the Internet service provider’s equipment. But they could be sent out from an ISP as a broadcast, essentially re-opening the backdoor on any customer’s router that had been patched.” Read more of this story at Slashdot.

Uber exec accused of stealing from Google made $120M while working... 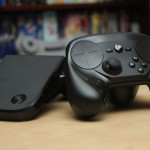