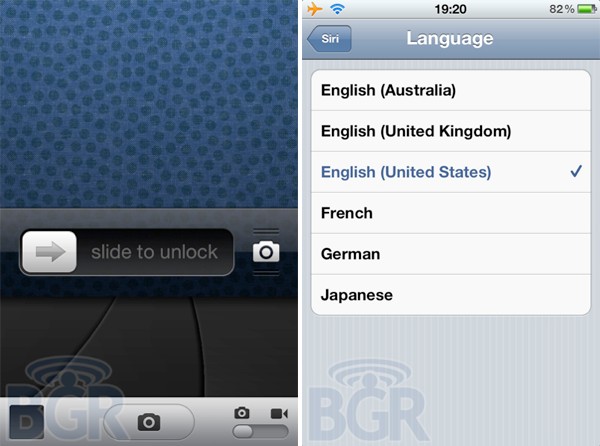 The gang over at BGR have allegedly acquired a bootleg copy of Apple’s next mobile operating system iteration, iOS 5.1. In doing so, they have been able to confirm two rumored adds: a new unlock-to-camera action and Japanese support for Siri. In iOS 5.0, users can activate the camera from a locked device by double-tapping the home button and selecting the icon that appears. The new workflow? Wake the phone, then simply slide the lock screen toward the top of the handset — making this feature easier to use and find. The other major difference is the expansion of Siri’s vernacular — more specifically, the addition of Japanese. iOS users in The Land of the Rising Sun will soon be able to get a synthesized “konnichiwa” from their iPhone. Domo arigato, Apple.