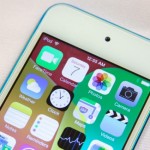 After months of testing, iOS 7.1 is finally here. Andrew Cunningham Apple has just released iOS 7.1, the first major update to iOS 7 . The new update provides a variety of security and stability fixes, some speed improvements, and UI tweaks that refine the new design introduced back in December. The update is available for all devices that can run iOS 7: the iPhone 4, 4S, 5, 5C, and 5S; the iPad 2, both Retina iPads, both iPad minis, and the iPad Air; and the fifth-generation iPod touch. The update brings a whole pile of fixes. It addresses a crashing bug with the iPhone 5S, improves speed on the iPhone 4, introduces the new CarPlay feature, adds new accessibility options, and makes a handful of other refinements to the UI. The first iOS 7.1 beta was released to developers back in mid-November, and four additional betas have been issued since then. Throughout the beta cycle, Apple has continuously adjusted the operating system’s user interface, polishing it and making it more consistent. We’ve been playing with the iOS 7.1 betas for a few months now, and we’ll be publishing a full review of the software after we’ve spent a little more time with the final release. We’ll also be revisiting our original article about performance on the iPhone 4 later today. Read on Ars Technica | Comments

Illuminascii Is A First-Person Shooter Made Of Text

Use Facebook while in South Carolina jail, go to solitary for...