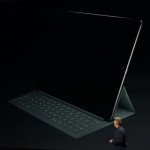 The upcoming iPad Pro will require iOS 9.1 (credit: Andrew Cunningham) Apple has just released iOS 9.1, the first major update to iOS 9 and the third update overall since the OS came out in September. It’s available as an over-the-air download or through iTunes for everything that supports iOS 9: the iPhone 4S or newer, the iPad 2 or newer, all flavors of the iPad Mini, and the fifth- and sixth-generation iPod Touches. The change you’ll notice the most if you do a bunch of texting is that Apple has implemented a bunch of new emoji, mostly from the Unicode 7.0 and 8.0 specs but with a few from earlier specifications mixed in. Tacos, burritos, and extended middle fingers are just a few of the additions you’ll find to the emoji keyboard, which needs a decent search function now more than ever. iOS 9.1 also lays the groundwork for some other iOS devices that are launching soon. One is the new Apple TV, which ships with the iOS-based “tvOS.” The other is the iPad Pro, which brings with it support for the Apple Pencil and its Smart Keyboard cover. The Apple TV ships next week , while the iPad Pro is due sometime in November. Read 2 remaining paragraphs | Comments 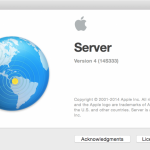