Long-time Slashdot reader cold fjord writes: As seething discontent has boiled over in Iran leading to mass protests, protesters have taken to the streets and social media to register their discontent… The government has been closing schools and shutting down transportation. Now, as mass protests in Iran go into their third day there are reports that internet access is being cut in cities with protests occurring. Social media has been a tool for documenting the protests and brutal crackdowns against them. Iran previously cut off internet access during the Green Movement protests following the 2009 elections. At the same time the Iranian government is cutting internet access they have called on Telegram, reportedly used by more than 40 million Iranians, to close the channels used by protesters. Telegram is now closing channels used by the protesters while Telegram itself may be shut down in Iran. Read more of this story at Slashdot. 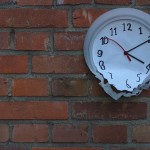 Tim Curry to take over for Chancellor Palpatine in Clone Wars