MojoKid writes “It’s been a long time since many have seen a dreaded “blue screen of death” (BSoD), but it’s back and in the in the most unlikeliest of places. Oddly enough, some Apple iPhone 5S owners are reporting BSoD errors, though they’re a little different from the ones you may remember seeing on Windows desktops. Rather than spit out an obscure error code with a generic description, some iPhone 5S devices are suddenly turning blue before automatically restarting. The Numbers app in Apple’s iWork suite, a free program with new iPhones, seems to be the primary cause, though BSoD behavior has also been observed in other applications, according to complaints in Apple’s support forum.” Read more of this story at Slashdot. 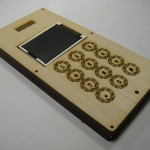 AT&T customers get $88 million in credits and refunds for illegal...

Your Phone Number Is Going To Get a Reputation Score