An anonymous reader writes “A recurring theme in comments on Slashdot since the 9/11 attacks has been concern about the use of government power to monitor or suppress political activity unassociated with terrorism but rather based on ideology. It has just been revealed that the IRS has in fact done that. From the story: “The Internal Revenue Service inappropriately flagged conservative political groups for additional reviews during the 2012 election . . . Organizations were singled out because they included the words ‘tea party’ or ‘patriot’ in their applications for tax-exempt status, said Lois Lerner, who heads the IRS division that oversees tax-exempt groups. In some cases, groups were asked for their list of donors, which violates IRS policy in most cases, she said. ‘That was wrong. That was absolutely incorrect, it was insensitive and it was inappropriate. That’s not how we go about selecting cases for further review,’ Lerner said . . . ‘The IRS would like to apologize for that,’ she added. . . . Lerner said the practice was initiated by low-level workers in Cincinnati and was not motivated by political bias. . . . she told The AP that no high level IRS officials knew about the practice. Tea Party groups were livid on Friday. … In all, about 300 groups were singled out for additional review. . . Tea Party groups weren’t buying the idea that the decision to target them was solely the responsibility of low-level IRS workers. … During the conference call it was stated that no disciplinary action had been taken by those who engaged in this activity. President Obama has previously joked about using the IRS to target people.” So it’s not how they choose cases for review (except when it is), and was not motivated by political bias (except that it was). Also at National Review, with more bite. Read more of this story at Slashdot. 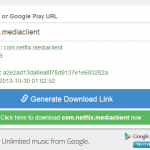