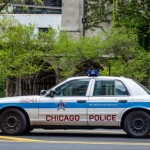 David D’Agostino A local activist has filed a new lawsuit against the Chicago Police Department in an attempt to learn how the city uses fake cell tower devices, also known as stingrays. Relatively little is known about the devices, which are used to track targeted phones and can also be used to intercept calls and text messages. The American Civil Liberties Union recently began a campaign to learn more about how stingrays are used by filing public records requests in Florida, the home state of the Stingray’s manufacturer, Harris Corporation. (While “Stringray” is a trademarked name and particular product, it has entered the technical lexicon as a generic term, like Kleenex or Xerox.) In nearly every sales agreement , that firm has required law enforcement agencies to sign nondisclosure agreements forbidding them from discussing whether or not an agency even possesses such a device, much less describing its capabilities. Read 8 remaining paragraphs | Comments

More:
Is Chicago using cell tracking devices? One man tries to find out 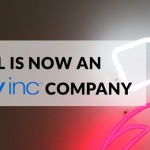 eBay buys Shutl, plans for same-day delivery in 25 cities by...