Napster and Metallica, together again—and they look so happy about it, too! (credit: Sam Machkovech) Metallica’s first full album in eight years launched on Friday, and as with most modern albums, it went on sale on a variety of digital storefronts. One of those sellers was more noteworthy than the others, of course, as the album launch coincided with Metallica’s first-ever warm, hugging embrace of Napster. Earlier this week, the band and company announced that Metallica’s entire catalog would finally launch on the Napster service on Friday. The $10/month music service currently resembles all-you-can-stream subscription services like Spotify and Google Play Music, and Napster’s fee now includes every published song by Hetfield and Co., from 1983’s Kill ‘Em All to this week’s Hardwired… To Self-Destruct . Of course, the Napster of today is different than the Napster that drummer Lars Ulrich lashed out against in 1999 . What was once a totally free, peer-to-peer service for the trading of MP3s has since been shuffled from corporate handler to corporate handler. After its transformation to an iTunes-styled MP3 store, Napster was taken over by Best Buy in 2008 before being dealt to Rhapsody three years later. Read 4 remaining paragraphs | Comments

Disney’s Paper Generators Could Power Interactive Books of the Future 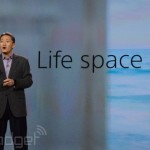