We heard rumblings a few weeks ago that Apple’s streaming service was due to launch this month and now it seems those reports were true. The folks in Cupertino just announced that iTunes Radio will launch on September 18th in tandem with a redesigned iOS 7 . The ability to create custom stations based on individual music tastes and personal iTunes libraries will hit Apple devices in a week’s time. Of course, you’ll need a $25 per year iTunes Match subscription to keep listening sessions ad-free , otherwise you’ll be prone to regular interruptions of that Yacht Rock station every few minutes. Follow our liveblog for all of the iPhone news as it happens. Filed under: Internet , Software , Apple Comments

Read the original:
iTunes Radio launches September 18th alongside the release of iOS 7 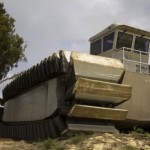 US Marines Turned A Ship Into A Truck, Watch It Be...