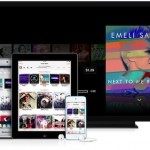 This September, Apple’s expected to flip the switch on iTunes Radio , the music service announced at WWDC in June. But how exactly will Cupertino fund its pricey new streaming venture? Ads, and lots of them — according to AdAge , Apple will serve up an audio advertisement every 15 minutes, while video ads will play every hour, and only at times that users are likely to be looking at the display, such as right after hitting play or jumping to a new song. McDonald’s, Nissan, Pepsi and Procter & Gamble are all on board as launch advertisers, with each deal bringing many millions of dollars in revenue. Only free users will have to deal with frequent disturbances, however. Users paying $25 per year for an iTunes Match subscription will have ad-free access to Radio, letting them stream tunes continuously without interruption. Filed under: Home Entertainment , Internet , Apple Comments Source: AdAge