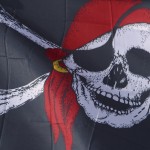 Japan’s automated bootleg-hunting software isn’t quite as effective as its government would like. So, it’s boosting its anti-piracy campaign by hiring human employees to manually scour forums, torrents and video-streaming websites for illegally distributed anime and live video content. See, it’s pretty easy to slip through the clutches of an automated system — all people have to do is change the video a bit to make sure it’s not an exact match to what Japan’s computers are looking for. That tactic obviously won’t work on human personnel. As Motherboard noted, Japan is betting on anime and manga to boost its economy. Animation studios have recently made their creations more available to audiences outside the country, but they’re still not as easy to access as Western media. Hulu, for instance, dropped a ton of titles from its anime catalogue in May. As such, illegal distribution of anime is still so widespread that its estimated cost of damage is a whopping $20 billion. According to RocketNews24 , the government will start this new project next week with one hire, perhaps to test things out. The employee will have to determine whether the pirated video he finds affects the copyright holder financially. If it does, the government will assess the legal actions it can take. Via: Motherboard Source: Yahoo Japan