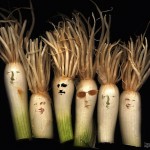 Erich Ferdinand Authorities in Japan are so worried about their inability to tackle cybercrime that they are asking the country’s ISPs to block the use of Tor . According to The Mainichi , the National Police Agency (NPA, a bit like the Japanese FBI) is going to urge ISPs to block customers if they are found to have “abused” Tor online. Since Tor anonymizes traffic, that can be read as a presumption of guilt on anyone who anonymizes their Web activity. The Japanese police have had a torrid time of late when it comes to cybercrime. Late last year a hacker by the name of Demon Killer began posting death threats on public message boards after remotely taking control of computers across the country. The police arrested the four people whose IP addresses had been used and reportedly “extracted” a confession, but they were forced into a humiliating apology when the hacker kept posting messages while the suspects were in custody. Read 9 remaining paragraphs | Comments 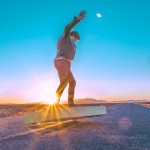 The House with a Pop-up Roof