An anonymous reader quotes InfoWorld: Java 9 won’t be released on July 27 after all. Oracle has proposed that Java 9 Standard Edition be delayed until September 21 so the open source community that is finalizing Java 9 can address the ongoing controversy over a planned but later rejected approach to modularity, said Georges Saab, vice president of software development in the Java platform group at Oracle and chairman of the OpenJDK governing board… The [Java Platform Module System] measure was sent back to the proposal’s expert group for further discussion. Since then, the group has reached consensus on addressing the modularity concerns, Saab said. But they cannot rework Java 9 in time for the original July 27 release date… If the revised JSR 376 approved, as expected, work can proceed on implementing it in the official version of Java 9 SE. This setback for Java 9s upcoming upgrade, however, should just be temporary, with Oracle expecting a more rapid cadence of Java SE releases going forward, Saab said. Read more of this story at Slashdot. 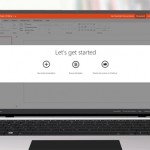