An anonymous reader writes: 390, 127 Brits declared their religion as Jediism in their last census — many as a joke, but some are quite serious, the BBC reports. Cambridge University Divinity Faculty researcher Beth Singler estimates at least 2, 000 of them are “genuine, ” around the same number as the Church of Scientology. The U.K. Church of Jediism has 200, 000 members worldwide. Their belief system has expanded well beyond the Star Wars universe to include tenets from Taoism, Buddhism, Catholicism and Samurai. Former priest, psychotherapist and writer Mark Vernon finds real power in the Jedi story: “The reason it’s so powerful and universal is that we have to find ourselves. It’s by losing ourselves and identifying with something greater like the Jedi myth that we find a fuller life.” Read more of this story at Slashdot. 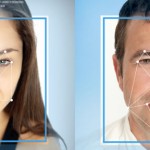