An anonymous reader quotes a report from Bloomberg: Jeff Bezos has leapt past Amancio Ortega and Warren Buffett to become the world’s second-richest person. Bezos, 53, added $1.5 billion to his fortune as Amazon.com Inc. rose $18.32 on Wednesday, the day after the e-commerce giant said it plans to buy Dubai-based online retailer Souq.com. Bezos has a net worth of $75.6 billion on the Bloomberg Billionaires Index, $700 million more than Berkshire Hathaway Inc.’s Buffett and $1.3 billion above Ortega, the founder of Inditex S.A. and Europe’s richest person. Amazon’s founder has added $10.2 billion this year to his wealth and $7 billion since the global equities rally began following the election of Donald Trump as U.S. president on Nov. 8. The rise is the third biggest on the Bloomberg index in 2017, after Chinese parcel-delivery billionaire Wang Wei’s $18.4 billion gain and an $11.4 billion rise for Facebook Inc. founder Mark Zuckerberg. Read more of this story at Slashdot. 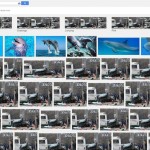