Reader Anubis IV writes: With Slashdot recently asking whether we still use RSS, it may come as a surprise that something interesting has happened in the world of news feeds this week. JSON Feed was launched as an alternative to RSS and Atom, eschewing the XML they rely on — which is frequently malformed and difficult to parse — in favor of a human readable JSON format that reflects the decades of combined experience its authors have in the field. The JSON Feed spec is a simple read that lays out a number of pragmatic benefits the format has over RSS and Atom, such as eliminating duplicate entries, adding the ability to paginate feeds so that old entries remain available, and reducing the need for clients to scrape sites to find images and other resources. Given that it’s authored by the developers behind one of the earliest, popular RSS clients and a recently Kickstarted blogging platform, the format is intended to address the common pain points currently faced by developers when producing and parsing feeds. While it remains to be seen whether JSON Feed will escape the chicken-and-egg stage of adoption, several clients have already added support for the fledging format in the week since its announcement, including Feedbin, Inoreader, and NewsBlur. Read more of this story at Slashdot. 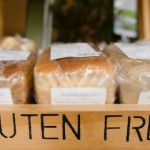 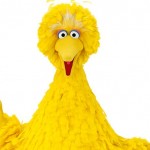