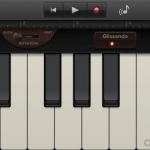 GarageBand for iOS gets Audiobus support, plays nicely with other apps