That’s right, folks. Killer Instinct is making a return to consoles. When it arrives, the title will be exclusive to the Xbox One . “We listened, and Killer Instinct is back, only on Xbox One” said Microsoft Game Studios VP Phil Spencer. No word on an exact release date, though, so we’ll bee keeping an eye out for those details. Follow our liveblog for all of the latest news from E3 2013. Filed under: Gaming Comments

Read this article:
Killer Instinct returns as an Xbox One exclusive title 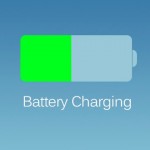 11 Tips to Keep iOS 7 From Destroying Your Battery Life