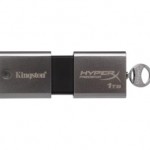 A 1TB flash drive? Frankly, we’re incredulous, but that’s what Kingston is claiming it’ll begin selling later in Q1. The DataTraveler HyperX predator 3.0 promises read/write speeds of up to 240MB/s and 160MB/s respectively and will sell you a 512GB version right now. At the same time, it’s launching 32GB and 64GB versions in the same line that offer read/write speeds of 150MB/s and 70MB/s. If you’re interested in snagging one of the top two units, be advised that the price of the 512GB edition is a staggering $1,750.00 — so you’d better get working on impressing that MLB scout next time they’re passing by. Continue reading Kingston’s DataTraveler HyperX Predator: a 1TB USB 3.0 flash drive Comments 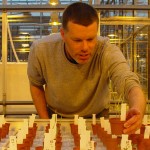